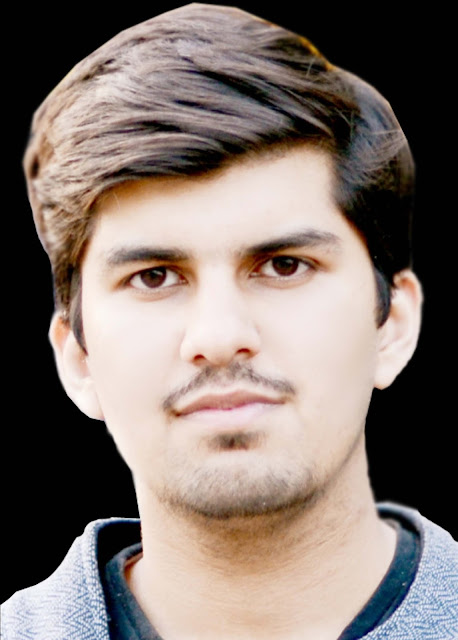 Born in a modest Muslim family in Pakistan, Rohayl, began developing deep faith in the humanity and its diversity at a very raw age. But more so, he was appalled by what humankind was going through, not just his own home country Pakistan, but in the world too. Corruption, inequality, lies, apathy, crimes, injustice and what not. Although, he could’ve shut all those feelings out and lived like an average teenager, but he didn’t. In fact, he let them flow out from a very young age of 14.

Today, Rohayl is a well known symbol of social justice & humanity to thousands across Pakistan. With high hopes and dreams, he intends to make Pakistan a country, the Quaid had envisaged.

Rohayl Varind, was like any usual kid of a developing nation, until one day in his teens he realized that he was not satisfied with how this world has shaped up, especially his country. A country where there’s portrayal of so much hatred and loss and so little good and lesser smiles being propagated and much lesser an awareness regarding the things going wrong. A definite and unrelenting urge overcame him and despite of limited resources, he nurtured and still nurtures unlimited dreams to make Pakistan and this world a better place to live.

To achieve his goals, he may face many enemies, many hurdles but he is strongly determined to liberate his fellow Pakistanis from their miserable lives because of corruption, poverty and injustice that has crept into the roots of the country weakening its integrity, come what may!

Along his journey towards peace, he has been through unimaginable turmoils and yet received unthinkable happiness-es. It has been a path of not just giving smiles and affection, but also receiving blessings which otherwise would have been impossible. Currently, he keeps treading the path of revolution to attain his objectives and principles for the betterment of mankind and his nation alike, while accomplishing new heights along the way.

At first, it was a usual norm to face heavy criticism in a resource-lacking and still growing nation like Pakistan. Yet, the sheer number of people that joined in the journey and all the love, support and, above all, the prayers that he received have been the biggest rewards. No world record or award can match that.

World’s biggest youth summit award. Being chosen by 40 Juror from amongst 1898 developers, innovators & social entrepreneurs who contended from 138 countries was enormously breathtaking. His revolutionary work and services for humanity and his nation were duly respected, and he was invited to Sao Paulo, Brazil this year to receive the award for his hard work, dedicated activism and bold social entrepreneurship.

He was declared a finalist of mBillionth award for his magazine “VOICE OF R” & was invited to New Delhi, India for the Award Gala. mBillionth award is one of the most influential & leading platform to explore, recognize & honor the best practices in Mobile & Telecom Industry across South Asia.

Commonwealth Youth Council (CYC) has published Rohayl Varind’s detailed Profile in its annual International Publication “Commonwealth Young Achievers 2015-16”. This book compiled success stories of 112 young people from across the Commonwealth countries of the world from different backgrounds. The book presented stories of success, challenges and hopes of young people from 41 countries in the Commonwealth, among which 32 from Africa and Europe, 29 from Asia, 23 from Caribbean and Americas, and 12 from Pacific.

-He was appreciated & featured by Embassy of United States of  America.

-Federal Minister of Pakistan, Ahsan Iqbal has recognized his efforts and offered him the services of the planning commission for his project Voice of R.

-Organiser of one of the biggest student protests in the history of Faisalabad.

Chief Executive Officer at The Times of Youth (2015-Present)

The Times of Youth is an International Youth Magazine read by the youth of more than 82 countries. It encompasses awareness about all aspects that modern day youths should be well-versed with while striving for sustenance, to bring out the best in them, with a generous dose of entertainment, too!

An organisation which is fighting a war against a gruesome terror that abounds most humankind. Poverty is everyone’s problem; no matter what age, race, social, geographic or religious background. Poverty is the root cause of several crimes and disharmony. It facilitates injustice, ignorance, and makes the destitute feel that society is an organized conspiracy to oppress, disrespect and degrade them, leaving neither persons nor any property safe.

We believe Wars against nations are fought to change maps; but this war against poverty is being fought to map change.

The concept of ‘Wall of Humanity’ is to make a simple public wall transform into a social welfare center. It was launched with a sole purpose to win war against poverty & hunger. Through this wall every week hundreds of people get free food, free ration, free medical checkup, free medicines, free Clothes, free shoes etc. It is an endeavor par excellence towards alleviating our species and taking humanity one step further to being called ‘Best of Creations’.

The World Summit Youth award (WSYA) is one of the world’s biggest youth award spread over 100 countries it is an exceptional worldwide competition that recognizes young people from around the world and brings together developers and digital entrepreneurs under the age of 30, who use the internet for positive change and development according to the UN Millennium Development Goals (MDGs). WSYA was founded in 2005.

Islamabad ASCD Connected Community is a connected forum of one of the largest educational organisations; ASCD in United States of America. Founded in 1943, ASCD (doing business as the Association for Supervision and Curriculum Development) is the global leader in developing and delivering innovative programs, products, and services that empower educators to support the success of each learner.

A blog & welfare organisation for the youths. From the start of our revolutionary journey, We have been struggling vigorously to do our part as a focused social activists with a strong commitment to serving the needs of normal and disadvantaged youths. Although most people don’t see it, but we have realized that educating the youths & providing them a platform proves tremendously vital because they are the generation in whose hands the world will be in the future. Youths are at the stage of learning and all good values must be fed into their minds because if the youths don’t step up now, dreams of a bright future will never become a reality. So before it’s too late, he urges the youth to join hands together and be prepared to be the upcoming care-takers of the world that will bring a positive change. Hence, we are trying our best to empower the youths of the nation and worldwide to speak up and raise their voice through sessions, seminars, campaigns, protests, debates and competitions for achieving the goal which has only remained a dream in young minds until now.

An international youth magazine which was read by the youth of more than 156 countries. In Voice of R, R stands for Revolution, Rebels, Rohayl. Along with that Voice of R was an non profit non governmental organistaion which have organised several social welfare events and protests. It was founded by Rohayl Varind when he was 14. Rohayl Varind won world’s biggest youth award, World Summit Youth Award 2014-2015 for his project VOICE OF R.